On May 26, 2021, the delegation of the Republic of Uzbekistan headed by the Minister of Foreign Affairs A.H.Kamilov arrived to Ashkhabad on a working visit.

In the course of the visit the head of the external affairs agency of the Republic of Uzbekistan was received by the President of Turkmenistan Gurbanguly Berdimuhamedov. 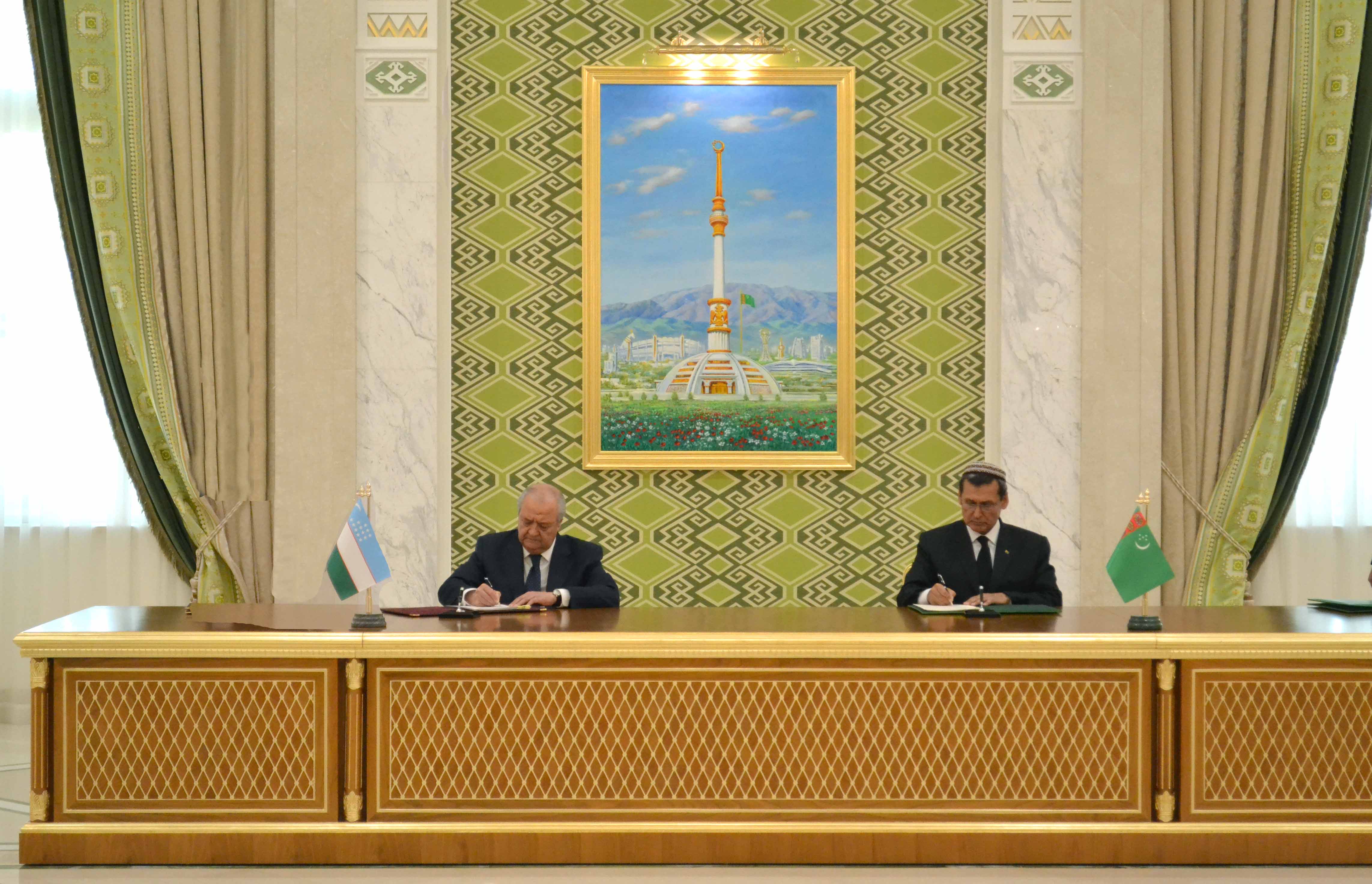 After the ceremony, in the premises of the MFA of Turkmenistan the meeting of Turkmen and Uzbek delegations with the Ministers of Foreign Affairs at the head was held. The agenda of the meeting was very busy. The sides discussed the current state and prospects of development of bilateral relations in political-diplomatic, trade-economic and cultural-humanitarian spheres.

The importance of organizing mutual visits at the highest level, contributing to the deepening of interstate ties, was noted. The parties also spoke in favor of continuing the joint work on the improvement of contractual-legal base of cooperation.

The Ministers highly appreciated the level of cooperation between the external affairs agencies of two countries and agreed to maintain the existing dynamics. The diplomats confirmed the similarity of positions in maintaining security, stability and socio-economic growth in the region and beyond. 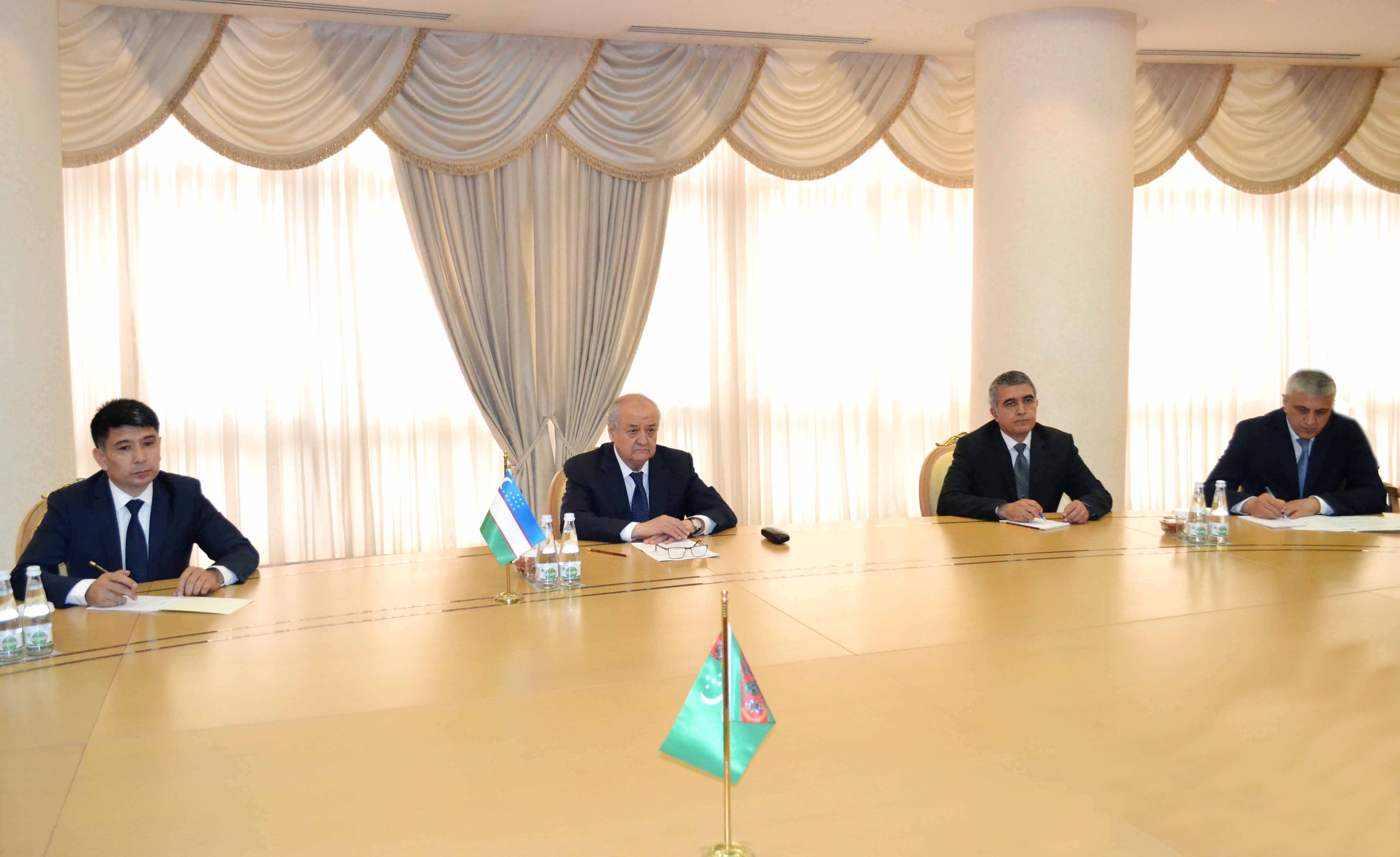 The parties expressed interest in further development of bilateral trade-economic relations. In this context, the significance of maintaining the vigorous activity of intergovernmental mechanisms, as well as the contacts on the level of experts and representatives of private sector were underlined. In addition, the key aspects of cooperation in the spheres of transport, energy, agriculture, water management and others have been discussed.

The diplomats exchanged views on the issues of cultural-humanitarian cooperation, including the sphere of health protection. The possibilities of organization of joint activities this year, including the preservation and popularization of historical and cultural heritage of the two countries have been discussed. The significance of strengthening of cooperation between the regions of the two countries was underlined.

ONLINE MEETING OF THE GOVERNORS OF FRONTIER PROVINCES OF TURKMENISTAN...

PRESIDENT OF TURKMENISTAN MADE AN ADDRESS AT THE GLOBAL ROUNDTABLE ON...

MEETING WITH THE AMBASSADOR OF THE KINGDOM OF SAUDI ARABIA WAS HELD IN...

AMBASSADOR OF GEORGIA COMPLETES HIS DIPLOMATIC MISSION IN TURKMENISTAN

PRESIDENT OF THE REPUBLIC OF TATARSTAN OF THE RUSSIAN FEDERATION ARRIV...

MEETING WITH THE MINISTER OF ENERGY AND INDUSTRY OF THE KYRGYZ REPUBLI...